Metal Gear Solid 5: The Silent War comes to be as answer of denial to Metal Gear Solid V: The Phantom Pain. Hideo Kojima himself said it once: “Not MGS5, but MGSV. My thought in it.” Well then, here it is. In fan-fiction form, I’ve devised my own version of the fifth numeric chapter of the saga. Which I believe, at least in storytelling and character development, it would be an approximation to what many of us expected to find. Since this is not a video game and so that you can make yourself a general picture about what I wished the title to be, these would be further elements to change in MGSV (ignoring the fact that it is an unfinished work) to become the desired hypothetical MGS5:

- Keep the gameplay intact but without a world so open and empty. Rather divided in separated missions or sections with their own more or less open maps and more alive, like the battle events in MGS4. All this would favor the narrative rhythm so deficient in the title.

- Discard so many repetitive missions. Both side ops and mandatory fillers in chapter 2, which could have been included as an option, not as a new add, because they were not.

- Bring back the health and stamina bars with their respective recovery items (although a system of survival and healing in the style of MGS3 would have been perfect).

- Remove completely the unnecessary TV show structure. Besides, off course, the constant credits which are cause of cringe and spoilers.

- Do not focus so much the narrative on the cassettes. The tapes shouldn’t hold so much key information.

- Although the original soundtrack is pretty good, I missed chords in line with the rest of the saga.

- David Hayter. The one and only English voice of Snake.

As for what I “can change”: I have put together a script with all things that, in my opinion, Kojima Productions had at hand and finally has thrown to waste. As they often say: MGSV is a great game, but a bad Metal Gear. Well, my intention is to bring back the lost spirit of the saga.

Having said that, taking Ground Zeroes as preamble in the same way (except for the points above mentioned) and basing on the main plot of The Phantom Pain itself, the result is what (for me) it would have been as close to the definitive Metal Gear experience.

I hope that the fans, who like me suffer the phantom pain MGSV has left, enjoy this as much as I do by making it (indeed I hope you enjoy it more than I did).

©All rights reserved to Konami. This fanfic is based on the Metal Gear world created by Kojima Productions. This is a non-profit fan comic created for entertainment purpose only. 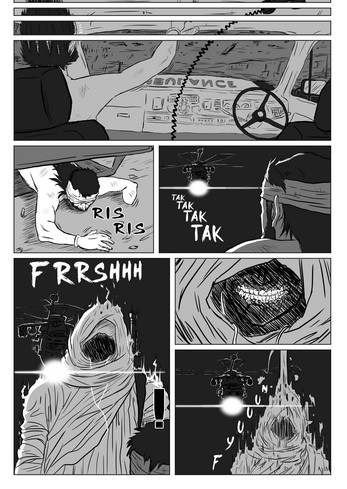 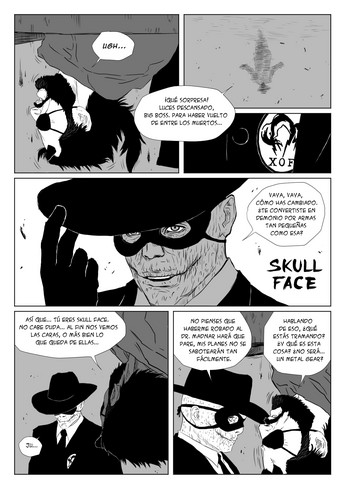